Blog : 5 Things Educators Can Do in the Middle of a CRT Controversy 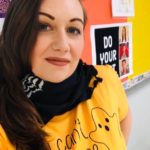 This past May, I co-wrote a blog for EdAllies offering advice for when people in your life have questions about Critical Race Theory (CRT). I stand by all of it, but I wonder whether defending anti-racist educational practices deserves so much of my time or yours.

In any other election cycle or time period in recent history, such concepts would stand on their own without the need for extra convincing. In fact, they did—for decades; Critical Race Theory is not new. So rather than take any more time defending a historical framework, here’s a different approach. Five things you can do to reframe inflammatory arguments about CRT.

1. Pause: Remember this isn’t about education, it’s about political power and influence

I’m an independent voter who teaches civics in an extremely non-partisan manner; everything we do in my class is to encourage deliberation across the political spectrum. I say this to position myself as someone who understands that no political party has the market cornered on manipulation and deceit. That said, this CRT “debate” is an astroturfed movement that has nothing to do with teachers and classrooms.

If you are interested in the deeper history behind how this became a news cycle staple, this article from The Atlantic is instructive. In summary, this has been propped up as an election issue in large part, I believe, as a reaction from some in power who grew nervous about youth of all racial and ethnic backgrounds marching together during the 2020 protests following the murder of George Floyd. Its opposition has a crafted strategy in which we are being used as political pawns to sow fear and prevent a 21st century Bacon’s Rebellion.

The 2021-2022 school year hasn’t even started yet and my district has already received an Access to Public Records Act (APRA) request for, “any curriculum we may provide students that focuses on anti-racism or critical race theory.” The request wasn’t for my class specifically or even the social studies department broadly—it was for the entire district. My response, on behalf of the two classes I teach—Civics and Ethnic Studies—is two-fold:

The words “Critical Race Theory” do not appear in my curriculum anywhere. This isn’t obfuscation. (In fact, I sent them my entire year-long curriculum for both classes—hundreds of files.) We, as high school teachers, are not teaching about the body of legal scholarship that is CRT. We aren’t teaching Gloria Ladson Billings, Kimberlé Crenshaw, Derrick Bell, or Frantz Fanon, etc. in our classes. This is the work of graduate students who are majoring in fields related to law and public policy.

And regarding anti-racist curriculum, my official response was that I do not have any curriculum that is pro-racist and by that definition, everything I teach is anti-racist. I left it at that. Of course, I know that anti-racism is more nuanced than this binary, but defining what qualifies as anti-racist curriculum isn’t even agreed upon by the field’s leading voices. Scholars like LaGarrett King would likely argue that anti-racist education should involve some element of racial literacy development, whereas someone like Jeff Duncan-Andrade may be more likely to argue that anti-racist education has to weave in the pursuit of justice and the development of critical hope. Some scholars argue that simply teaching unedited history through primary sources is anti-racist, while others say it’s more of a pedagogical approach to instruction that is culturally responsive. In any case, anti-racism in the classroom is complicated, nuanced, debated, and not enshrined or defined in such a way that you could just hand over a lesson plan with a note that says, “here’s my anti-racism day!”

3. You’re Not in This Alone: Know that many people and organizations are working hard to end this frenzy

Teachers have support. The ACLU’s national office already made it abundantly clear the laws passed in various states are not only constitutionally questionable but “rob young people of an inclusive education and blatantly suppress speech about race.” State-specific ACLU offices are more directly involved with preparing for test cases to challenge the laws based on the First Amendment. They have precedent to build upon: for instance, Island Trees v. Pico (1982) established that school boards cannot restrict the availability of books in school libraries simply because they disagree with their content.

For further evidence that there are many in support of this work, check out the U.S. Department of Education’s proposed priorities for culturally responsive education and digital literacy on the Federal Register. (Just don’t read the comments, unless you would like opinions from people who did not even bother to read the document before commenting.) Another source, which should provide some hope, is the Roadmap for Educating an American Democracy, a project from the National Endowment for the Humanities with the Department of Education, involving 300 individuals and groups, including many conservative scholars.

4. Find Support: Build bridges with administration and families and communicate early and often

The usual advice applies doubly this year: Ensure your initial interactions with families are positive, communicate with them proactively and often, and in a manner and language that is most helpful for them. If you have a good relationship with your administration, let them know if you are engaged in any projects or activities that may be of concern for some students or families ahead of time, so they are comfortable supporting you and have time to think through a strategy of support.

5. Build Your Team: Connect with like-minded teachers and know who to turn to for support

Find yourself a group of educators who are doing similar work. I can’t say enough about surrounding yourself with a team of like-minded educators. For me, this is Class Hacks, the teacher book club that I co-facilitate. No matter how tired I am, there is nothing as rejuvenating as meeting with a group of educators focused on the same challenges and areas of growth. Similarly, know who your resources are if something happens that requires a more direct form of support. The National Education Association and American Federation of Teachers have both pledged their support for educators who are “accused” of teaching anti-racism or CRT. Both unions have legal funds ready to support teachers in the classroom and in court.

This isn’t about our student’s education or outcomes

This is a difficult time, and I fear it’s going to get harder. I expect this rhetoric to continue at least until the midterm elections, if not later. In fact, there will probably be similar vitriol and backlash up to, at least, 2046—the year that the U.S. is projected to match the globe and become a majority black and brown nation. It is abundantly clear that the forces behind the anger toward CRT are, more than anything, scared of losing voters, power and control.

It’s OK to be unsettled. It’s not fair for educators to be wrapped up in something like this, especially when we’re surviving a pandemic and distance/hybrid learning. We have already seen some of the best and brightest among us retire early or leave the field due to the challenges of COVID-19, and I am scared our students will lose even more amazing teachers because of the political pressure this will bring. As for teachers like me who remain, I am also scared of the chilling effect this may have on our curriculum and pedagogical approaches.

Together, let’s weather this storm.

MDE Decides How They Will Spend ARP Money