Blog : Are Current Licensure Proposals Really for the Benefit of Our Children? 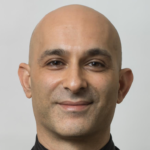 Shai Hayo is a music, language educator, and percussionist, specializing in traditional and contemporary drumming styles of the Spanish-speaking Caribbean and West Africa. Hayo is a former faculty member of The Mcnally Smith College of Music and currently works as a Spanish educator in both St. Paul and Minneapolis school districts. Hayo holds degrees in Anthropology (B.A., Macalester College, 1996) and Education (MaEd., Hamline University, 2006) and has carried out anthropological and ethnomusicological research in Puerto Rico (1994–1995) and Ghana, West Africa (1998).

Are Current Licensure Proposals Really for the Benefit of Our Children?

I am a bilingual teacher with a master’s in Education, a degree in Latin American Studies, and 15 years of experience teaching Spanish—not to mention a track record of positive feedback on my teaching. I am also a “Tier 2” teacher who was relying on a straightforward path to permanent licensure, that’s about to be taken away under a proposal from the Minnesota legislature.

I represent one of many educators in the community, who, although we have not completed a traditional licensure program, have legally and effectively made a case for our abilities and contribute as effective teachers. Many of us are highly educated and holistically experienced in our fields. We are able to contribute in the classroom to a level that equals or surpasses that of our colleagues and thus contribute at a high-level for our wonderful students.

I was granted a Tier 2 license based on my professional and academic background, including a bachelor of arts in Latin American Studies from Macalester College and a master’s in Education from Hamline University. I have been teaching Spanish for more than 15 years—working in private school language departments as a substitute teacher (while completing my master’s), then in public high schools, and at the university level. I currently work in Minnesota public schools as a high school Spanish teacher. And I’m a bilingual business owner, trained drummer and instructor of musical genres of the Spanish-speaking Caribbean and regions of West Africa, and play in/manage a salsa band in town. Most importantly, these kids and their education mean the world to me.

I have been thriving in my teaching position and the reviews that I have received have been remarkable—on par or exceeding those of many of my “traditionally” licensed colleagues.

But when I contacted PELSB with questions regarding the renewal of my license after just a year—understanding that the law states this license would be renewable three times, and I would be eligible for a Tier 3 license after three years of successful teaching—I was told that there had already been discussions on changing the law, and that a bill had been presented that would not only eliminate a pathway for my professional plan to reach Tier 3, but also no longer keep me eligible to teach as a Tier 2 educator.

I have made major changes in my professional life to teach, and with the tiered licensure laws, I can. I wholeheartedly believe the Legislature and PELSB must commit to following the licensure law as it was carefully crafted.

If the proposed changes to tiered licensure—those proposed now year after year—pass into law, my professional life will be effectively derailed, ridiculously and unfairly so. There is no empirical evidence to suggest that any changes to the law would result in more effective or diverse educators.

This, in my opinion, is unfair and unacceptable. It is unfair to those of us who have embraced and committed to a law that was offered to us by the state. We have “worked our tails off” to show that we are worthy and effective in the classroom—and have done so. These changes are an affront to those who worked so hard to amend the previous laws regarding teacher licensure to create a new system to attract diverse and great educators, even though they might not follow a “traditional path.”

This year’s proposals would eliminate pathways to licensure for experienced, effective, and diverse educators—and would limit the number of renewals for a Tier 2 teacher from 3 to 2, requiring additional teacher prep or licensure via portfolio to move to a Tier 3 for educators like myself.

It’s very expensive to pursue additional training and it takes away from the work of actually teaching students.

So I have this to ask of PELSB and the Legislature: If these proposals become law, should I go and take classes under threat? If I do, are you finally going to give me a license that’s forever—or will you keep moving the finish line? If so, what is the point? What do you expect from a person who plans their existence around their employment? Should we be grateful that we’re given what seems like arbitrary licenses—when you attempt to change what they mean year after year?

These repeated actions from leadership and decision-makers in Minnesota create resentment and it forces me to ask: Is this really for the benefit of the kids?!