Blog : Can “School Choice” Please be About Students Again? 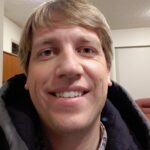 Brian has experience with public K-12 schools as a student, parent, employee, coach, advocate, and academic. He is a manufacturing executive in rural Minnesota and works on several education initiatives that promote Career and Technical Education. Brian is the founder of On-the-Job Ed. He has an Education Doctorate and a master’s degree in Teaching English as a Second Language.

Can “School Choice” Please be About Students Again?

The best way to motivate people to collaborate and to think like a group is to identify an enemy and charge that they threaten us, writes psychologist Michael Tomassello about why we (as humans) cooperate. And such is the modus operandi of the U.S. political system. Instead of seeking voluntary collaborative consensus, we’ve constructed a one-or-the-other society. Within this framework, people are either “with” or “against” the group. And only in this system could something benignly labeled school choice be controversial.

School choice is theoretically about students learning in an environment that is best for them. However, when it is time to develop those environments and engage in conversation about what works, students are dismissed. Instead, the narrative is controlled by adults and often characterized by debates about money and authority. Over several decades, those debates have created the policies that define school choice. And we’ve come to define school choice, not as choosing the best school for a child and their family, but as the selection of a type of school, based on its institutional structure and sources of funding—public, independent, or homeschool.

Charter schools are often demonized, because we’ve been trained to see them as the competition and, in some cases, because they aren’t unionized (though interestingly in Minnesota, a few are). Charter school opponents generally will try to persuade school choice seekers to consider open enrollment or magnet schools.

Open enrollment allows students living in one school district to attend a school in another school district. Some districts also operate magnet schools. (Multiple districts may support one magnet school, and it may be referred to as an intermediate school/district). Magnet schools focus on specific areas of study such as career and technical education, performing arts, and language.

Some view open enrollment and magnet schools as viable options, others believe they only strengthen some districts, weaken others, or constitute faux school-choice options.

Independent schools are funded primarily through tuition. But if you want to witness adults transform into bullies, simply say school voucher or ESA. Vouchers allow each student the ability to use their per-pupil education tax dollars (or some variation thereof) for private school tuition. Education savings accounts (ESAs) receive allocations of government funds to pay for student education expenses. Instead of focusing on children using vouchers or ESAs as resources to find a learning environment of best fit, adults become concerned with how these choices interfere with public education money and authority. The debate commonly features adults arguing about which type of school model is best for students. But students, the humans responsible for learning, are not afforded a voice or able to weigh-in on what is working best for them.

If you dare to step outside the public and independent argument, homeschooling is another independent alternative. In Minnesota, homeschooling is a right afforded to each parent. No certification or level of education is needed; however, filing reports with the local school district and annual testing are required. Homeschoolers are also able to integrate customized and online learning into their curriculum. And some form cooperatives to share resources and teach classes.

Criticism of independent school choice is that it allows “unqualified” individuals to teach students in an environment lacking diversity and academic excellence. Opponents simply believe that homeschooling does not prepare students for life beyond the family. Proponents ardently disagree. What do the kids say?

For Whom Was School Choice Created?

So, who is school choice for? The answer is the children!  However, if Tomassello is correct about how to best motivate collaboration, then we must conclude that a political debate about school choice can never be about or for students. It merely utilizes a narrative about students. School choice has become about competing ideologies, rather than centering student needs and experiences.

Fortunately, there is a significant portion of our population who aren’t vested in the ideological tradition of the education-industrial complex and its in-fighting: students. The secret to successful school choice has never rested on adults’ shoulders; rather, it lies in the hearts of students. If school choice—choosing a school—is defined by students and facilitated by adults, then, maybe, education will start to work for more learners and we will have a system that can work for all students.

Free College in High School? I’m Doing It, but Too Few Students in MN Know They Can Too

Governor Proposes Many Steps Forward, but a Few Back