Blog : Cruz-Guzman is Headed to Trial. Here’s What You Need to Know 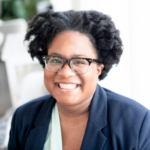 Cruz-Guzman is Headed to Trial. Here’s What You Need to Know

This morning, the Minnesota Supreme Court issued a much-anticipated decision on whether to dismiss Cruz-Guzman v. State of Minnesota. The gist of the decision, which you can read here, is that Minnesota courts can play a role in determining whether the state is meeting its constitutional requirement to provide an adequate education. As a result, and because the Supreme Court didn’t decide anything about the merits of the case, Cruz-Guzman will now head to trial. As it does, it’s critical that both in court and the court of public opinion, we work toward solutions that ensure Minnesota students of color get the education they deserve. Unfortunately, by focusing so narrowly on integration, this particular case misses that mark and distracts from key questions of quality, parent empowerment, and relevance.

The fact that the courts see a role in defending education adequacy is positive and important precedent in the fight for education justice. We know that, too often, Minnesota students are not getting an excellent, or even adequate, education. With today’s decision, the Minnesota Supreme Court indicated these students and their families can take their concerns to the courts to hold state leaders accountable.

Today’s decision also means that the plaintiffs in Cruz-Guzman will now have their day in court. As I’ve written before, I strongly disagree with the plaintiffs’ underlying argument—that a school that serves predominantly children of color is inherently inadequate. I disagree with this because I know that many Minnesota families of color are actively seeking out such schools, and that these schools are often serving their children far better than other options that may appear more integrated on paper, yet that track white children and children of color into disparate opportunities and outcomes.

Still, I see a Cruz-Guzman trial as a chance to have a real conversation about what Minnesota children, and especially children of color, need in order to get the excellent education they deserve.

In November 2015, seven families sued the state, alleging that it has enabled school segregation across the Twin Cities metro area, and as a result, denied students of color their right to an adequate education under the state constitution. The lawsuit’s premise is that we must focus on school integration to achieve education adequacy.

Two charter schools that serve predominantly students of color intervened in the lawsuit, questioning the idea that racial makeup alone can indicate adequacy. Like many charter schools, these schools attract families of color specifically because they offer unique supports for students’ cultural, ethnic, and linguistic needs. They have argued that a parent choosing such a school is an individual choice, and therefore permissible under Minnesota law and the Minnesota Constitution.

Meanwhile, the state argued that the case should be dismissed not on the merits, but because the Legislature—not the courts—should set the standard for an adequate education.

In July 2016, the district court rejected the state’s motion to dismiss the case, which the state then appealed. In March 2017, the Court of Appeals reversed and dismissed the case, finding that education adequacy is “non-justiciable;” that is, only the Legislature can set the standard for what is, and is not, an adequate education. The plaintiffs then appealed that decision to the Minnesota Supreme Court. The Court heard oral arguments in January 2018, and since then, parents, educators, and advocates have been eagerly awaiting today’s decision.

In the near-term, Cruz-Guzman will head to trial, where I hope it will open up a meaningful conversation about the fact that too many children of color are not receiving the education they need and deserve, both legally and morally. I worry about the potential unintended consequences of the plaintiffs’ argument that we must narrowly link a school’s “adequacy” to its overall racial makeup, ignoring student outcomes and what families want—in addition to promoting the troubling assumption that students of color must be in proximity to white students in order to succeed. They don’t.

Still, I remain hopeful that we can use this trial as a chance to open up a broader conversation about education justice. I hope we’ll come to agree that if we’re serious about closing Minnesota’s achievement and opportunity gaps, we need to protect, not go after, schools that are working well for students of color; to protect, not take away, the right of families of color to make the best choices for their children.

In the long-run, the Court has signaled that questions related to education adequacy will be fair game for Minnesota courts in the future. No matter how Cruz-Guzman unfolds, this precedent is good news for Minnesota students and families.

Below are links to news stories, as well as our Facebook live video of a parent press conference in response to this week’s decision:

Connecting Students with Community: My Story & Call to Action

Centering the School Integration Conversation on What Matters Most