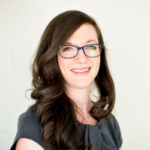 Dr. Howard Fuller Cuts Through the Noise on Parent Choice

Last week, EdAllies was honored to host Dr. Howard Fuller for a panel discussion on school choice, alongside local education leaders Michelle Walker and Eli Kramer, and Dr. Nekima Levy-Pounds as moderator. The panelists shared their personal experiences as parents, educators, and activists, and brought a frankness that is often missing from the local conversation on education and parent choice, school integration, race, and more. If you are passionate about these issues, no matter where you stand on them, it is worth watching the whole panel.

For those of you who aren’t familiar with Dr. Fuller, he has a special skill for cutting through the noise and focusing complicated conversations where they belong: students. I share some of his most pointed comments below. And, this is just a small number of great points made throughout the evening by all of the participants. If you want to hear more, I encourage you to watch our video of the entire discussion.

Desegration is not the same as integration

“Let’s make the distinction between desegregation and integration. They’re not the same…Because the one thing that we have learned over time is you can desegregate a school but integration doesn’t take place. Because the one thing that we’ve learned over the years is that people desegregate schools and then you have the maximum number of black and brown kids in special education, they don’t have access to honors courses—there’s all kinds of different ways that people have you in a desegregated environment but you’re not integrated.”

“I’m for whatever kind of school works. And I’m for poor parents having the same type of access that people with money have. Cause all y’all in this room know that if you’ve got money in America, you’ve got choice. If the schools don’t work for you, either you’re going to move to a place where they do work, you’re going to put your kids in private schools, or you’re going to get the most expensive tutor on the planet, or you’re going to do all three…As a black person, one thing I’m absolutely clear about is any time white people tell me I only have one option, we’re in deep trouble.”

“When somebody says, [charter schools are] increasing segregation…Brown [v. Board of Education of Topeka] took place I think before charters schools came into being. Or did I miss that part of history? Or what? So that the reason why there was a Brown was because the traditional public schools system was the entity that was segregated, number one. Number two: If poor kids have had horrible schools in their neighborhoods forever, and all of the people now who are wringing their hands about this, where were y’all then? So if somebody comes and puts a good school in that neighborhood, are you now going to rise up and say this is horrible, because it is segregated? Where were you 10 years ago? Where were you when these parents were crying out for a good school in their neighborhood that you all now think is so important. Where were you then? And now to come out because someone put in a charter school that’s working for those children and say that this is about segregation, that’s hypocrisy. And I just want you all to know that there are those of us out here that will fight forever against that type of hypocrisy. When you have been denied access to quality education for our children forever, and now that they have some you’re now going to talk to us about segregation? C’mon man.”

Staying committed to the purpose

“Racism is not some small part of American society. It’s not a tangential reality. Racism is at the essence of what this country’s all about. It’s fundamental to the functioning of this country. And since that’s true, we can’t be satisfied with any particular arrangement because any arrangement, even one that was supposed to be for us, can be flipped on its head and turned against us. And if you don’t understand how racism actually works, you will be fooled. You will be bamboozled…Look, I’m for charter schools—if they work. Ten years from now, I may be opposed to charter schools, because I don’t have no commitment to charter schools. I got a commitment to educating our children. The moment you get committed to an institutional arrangement, instead of the purpose, then you’re on the way to becoming a protector of the status quo. So, we cannot be committed to integration, desegregation, charters—we got to be committed to our children’s right to exist, our children’s right to an education that puts them on the path to make liberation real by giving us freedom. And the moment you move away from that commitment, you’re in trouble. Or, we’re in trouble, as a people.”

Want to hear even more? Watch the entire panel here.

Is School Integration About Helping Kids of Color Learn or Propping Up Whiteness?