Blog : If Schools Refuse to Support Children Who Need Special Education Services, Where Should Parents Turn? 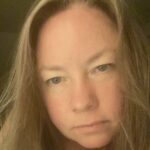 Jennifer is a social worker, advocate and parent of two children with special needs who shares her story and uses her advocacy skills to inform decision-makers of the gaps in educational systems that can be rectified so that all children can thrive.

If Schools Refuse to Support Children Who Need Special Education Services, Where Should Parents Turn?

My child has autism. But rather than getting much needed supports and working in partnership with educators, schools have repeatedly rejected my impression of my child’s possible diagnosis, and eventually the diagnosis itself, eventually resulting in my decision to leave our district for a nearby district that promised more support for a gifted child with a neurodevelopmental disability. As a parent, I have faced challenges that fundamentally impede the success of my child in school. And I’m asking, honestly, where are parents with children who need special education services supposed to turn if we don’t have the support of our schools? I’m sharing my story in the hope that it will help others know it’s OK to speak up—and to call on educators to listen and respond with the level of support and services that are needed for children like mine.

When my children were small, we had a neighbor a block away whose daughters were the same ages and whose laid-back style was a good balance to my more anxious personality. My older daughter, Z, and her daughter, E, got along great. As the two entered preschool, the other mom confided in me that her daughter’s teacher noticed some qualities in E that indicated she might be on the autism spectrum. My friend kept it quiet among the neighborhood moms as she sought testing for her child and received a diagnosis of Asperger’s—a term used for a form of autism on the spectrum that’s no longer used formally but indicates higher functioning.

After E was diagnosed, at age 4, I thought to myself, Z is just like E; they both have autism. The sleep challenges, the intense interest in only one thing, the frequent tantrums beyond developmental age, the sensory issues with sound and food, and the rigidity of thinking all pointed to autism for Z just as they did with E. But while E’s preschool teacher recommended evaluation, and E’s family had insurance that covered a costly neuropsychological evaluation, Z’s preschool teacher made no such recommendations, and the cost of the same evaluation with our health insurance would have cost thousands of dollars, an expense that we could not afford.

Instead, Z’s teacher agreed that she had some challenges, but thought they weren’t exceptional to the age. They didn’t believe my speculation, suggesting instead that I should brush up on my parenting skills and institute a little more structure at home.

Time and time again, when I attempted to seek professional help to better understand my child’s needs and access services that would offer support, I was met with doubt, judgment, and unkindness.

I dutifully took Z to a child development screening through the school district when she was three and was told she was ahead of the curve for language development and other school readiness markers, with no concerns identified in their screening process. Her pediatrician also had no concerns of autism, despite my attempts at listing several symptoms that would suggest this diagnosis. I took Z to a therapist who specialized in gifted children, and received another lecture that I wasn’t providing enough structure at home and needed to learn some new parenting skills. Time and time again, when I attempted to seek professional help to better understand my child’s needs and access services that would offer support, I was instead met with doubt, judgment, and unkindness.

I was anxious about Z starting Kindergarten, fearful that we would have ongoing challenges with behavior. But Kindergarten was different. Z’s teacher had a way with her that really helped her thrive. She made friends and figured out how to follow the rules and had a great year. I was thankful but cautious because while she did fine at school, we still had major challenges at home with outbursts and behaviors. But I was so thankful that things were working out OK at school, I was willing to take the hit at home.

In first grade, Z was assigned to a teacher with a reputation for being strict, rigid, and critical, and while I wanted to keep an open mind, I worried that it would be a challenging year for her—I was right.

Z would come home being stressed, angry, and reclusive. She would report that the teacher “screamed 155 times today” over and over again. I connected with the social worker and the principal to try to address these issues, and they encouraged me to keep quiet and not talk with other parents, so as not to “fuel the fire” or create a problem that wasn’t there. But it was a continuation of the challenges that started in preschool and reinforced the idea that my child was “fine” at school, and that any challenges we struggled with at home were due to poor parenting, rather than a disability that affected her development and sensory processing or any other challenges. We ended up moving Z to a different teacher midway through the school year, and the tantrums and refusals to attend school immediately decreased substantially. Having a teacher who understood her and knew how to be flexible in working with her was the key to a more regulated child for us.

When I presented the report to school officials, I naively expected that they would finally listen to me, recognize the special needs of my child, and offer support and services.

I would spend the next two years battling the school before finally getting a diagnosis of autism spectrum disorder for Z midway through third grade. And when I presented the report to school officials, I naively expected that they would finally listen to me, recognize the special needs of my child, and offer support and services, just as E had been given since starting Kindergarten. But that wasn’t the case. It would be two more years of fighting, including a transfer to a new school district and starting over with new school officials before I was able to achieve acknowledgment of my daughter’s disability by the school district, and approval for an IEP.  Yet, just as I thought, my main fight was over, I started to learn that it had just begun.

When I reflect on the time I have spent talking to teachers, social workers, and other school officials, translating my child’s diagnosis to needs at school to support her learning, it brings back so much anger and frustration that I’ve experienced as a parent whose concerns were dismissed, minimized, and ignored. But more importantly, I wonder how many of Z’s needs could have been met much earlier, providing for a much smoother educational experience with less need for higher-level interventions now in middle school and in the years ahead.

The Omnibus Bills Are Out: Where Do the Senate and House Agree (Or Disagree)?

What Does the American Rescue Plan Mean for Education in Minnesota?