Blog : Bullying is Complex. How We Talk About it Needs to be, Too. 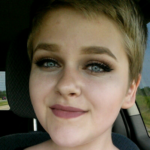 Hannah is a high school freshman in Grand Rapids, and is a member of the Minnesota Youth Council. She is passionate about equity in schools, LGBTQ+ rights, women’s rights, racial equity, and the achievement gap.

Bullying is Complex. How We Talk About it Needs to be, Too.

There’s been a lot of talk recently about bullying, which has me thinking about how we talk, and don’t talk, about bullying in schools. As a high school student in today’s society, I have often been told that being bullied, witnessing bullying, or being a bully are all just some of the many perks of being young. I’ve seen countless anti-bullying campaigns in schools, all featuring the same character. The thin, straight, white student who’s being picked on for no reason. The insults are predictable: “You’re a loser!” “Get lost, freak!”

This oversimplified depiction of bullying misses the point. As a result, so do schools’ anti-bullying campaigns. The truth is that students often aren’t bullying each other just for the sake of being mean. They’re usually bullying each other because of deep-seated forms of bigotry, including homophobia, ableism, xenophobia, Islamophobia, classism, and racism. To truly make schools safe and supportive for students, we need anti-bullying campaigns that proactively address the root causes driving youth to mistreat one another. 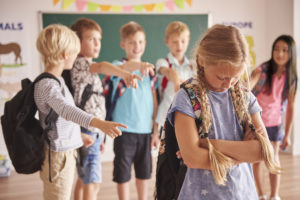 Don’t get me wrong: It’s great that Minnesota schools even have anti-bullying programs. But I’ve seen firsthand that these programs are too often superficial, leaving kids with the notion that bullying is bad, but not with a real understanding of why kids are bullied in the first place, or with the tools to dismantle those underlying causes. At the societal level, I worry that we are teaching youth to hate or fear people of color, LGBT people, disabled people—anyone who could be seen as different. Kids have been conditioned to believe that if someone is perceived as the “other,” ostracizing that person is okay. Our current anti-bullying efforts don’t do enough to disrupt and un-teach that belief.

As a result, on too many occasions to count, I’ve seen my bullied classmates left in limbo: They know what’s happening to them is wrong, but never really know why they get treated differently. This leads to an increased risk of depression and suicide.

To truly make schools safe and supportive for students, we need anti-bullying campaigns that proactively address the root causes driving youth to mistreat one another.

This cycle happens because of schools’ inability or reluctance to teach us youth what discrimination is, and how to stop it when we experience, see, or even perpetuate it. Educators are neglecting to tell us that being bullied for an aspect of our identity, whether it’s race, sexuality, religion, or something else, isn’t our fault. They’re also neglecting to educate us about our privileges, and how treating other students differently because of aspects of their identity is not only hurtful, but may actually violate those students’ civil rights.

I have not once seen a school anti-bullying campaign address why students that fit certain traits are bullied exponentially more than others, or empower students (or teachers for that matter) with the tools to truly address the “otherism” that so often drives bullying. Instead, my experience with anti-bullying in schools has been cheesy posters and videos, and the school counselor encouraging us to speak up if we see someone being picked on. I only realized that what I had been witnessing was an issue much bigger than teasing when I met other youth who shared some of my experiences through my school’s Gender and Sexuality Alliance, where we were given a space to talk about the difficult issues that come along with discussing bullying. Before that, nobody told me that bullying could be more than teasing someone because of their glasses, or intimidating someone in the locker room. Nobody had told me that what I saw happening daily was actually discriminatory and systemic.

Here’s the good news: Students are smart. We can handle talking about the root causes behind bullying. What we need is for our schools and educators to make space for these honest conversations. No more cheesy videos and posters or calls for inclusivity without talking to students about the larger, societal factors at play. Instead, we need real anti-bullying efforts that don’t just teach us how to speak up more or be nicer in school, but how to understand—and speak out against—discrimination in society, too.

Concerns Over Charters and School Segregation are Misplaced