Blog : In the Homestretch of Session, What’s Up for Debate in Education? Kids Deserve a Deal 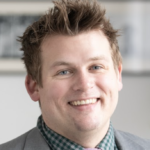 In the Homestretch of Session, What’s Up for Debate in Education? Kids Deserve a Deal

It’s the seventh-inning stretch at the Minnesota Legislature. And with a little over a month to go until the constitutionally-required May 23 end-date, a lot is left to be determined for K-12 education between parties already in election mode.

The question remains: Can the Republicans and Democrats get something done on education—something they can actually run on for re-election? Or will they walk away with nothing and leave our kids in the lurch?

Both bodies of the Legislature have begun the process of passing their respective K-12 policy and funding bills. The two omnibus bills (HF 4300 and SF 4113) presented by the Democrat-controlled House and Republican-controlled Senate represent vastly different approaches and priorities between the two parties. The House bill is 232 pages long. The Senate bill is 9 pages long. The House bill proposes an additional $1.15 billion in new education spending per year. The Senate bill proposes $32.4 million in new education spending. Over the next week, these bills will make their final stops in various committees before being passed over the objections of the minority party in their respective bodies. Following that step, the House and Senate will head into conference committee, where a bipartisan group of appointed legislators will try to make deals from policy and budget proposals that have very few intersecting areas.

There are areas of agreement—if you squint

So, what are the common education priorities between the House and Senate?

The only policy or funding proposal that is identical in both bills is HF2750/SF3052, which would provide $2 per pupil in funding to ensure every Minnesota school provides free access to menstrual products for students. At a cost of $1.7 million per year, this critical investment to end period poverty is the lone area of agreement at the moment. The bill was included in the House omnibus bill and somewhat surprisingly added as a DFL amendment to the GOP Senate bill in committee. It was the only amendment taken out of the 25 Democrats proposed to put their mark on the Senate bill. This amendment was then taken out of the education bill when it was heard before the Senate Finance committee, ending the sole, short-lived, single area of agreement between the House and Senate at this stage of the game.

The only other area where the two bills are even remotely similar is literacy. The House bill proposes building on a $3 million state grant, approved last year, to provide rigorous training in the science of reading for Minnesota educators with an additional $3 million. The Senate goes significantly further, proposing $30 million to cover the training for every K-5 teacher in the state if they choose to take it.

Typically there would be a number of close but-not-exactly-the-same-in-scale policy and funding proposals for education in a divided government. But this is not a typical year.

What’s on deck in the House education bill?

Beyond the embarrassingly tiny list of two overlapping priorities for kids between the House and Senate’s bills, there’s plenty to unpack in the House proposal. Some big potential wins include more support for aspiring teachers of color, moves to make PSEO more accessible, improvements to how we identify teacher shortage areas, along with other funding, discipline, and college and career readiness changes highlighted below:

Minnesota continues to have stark disparities in access to rigorous coursework, and there’s a lack of good data to shed light on successes and areas for growth in getting all kids ready for college and career. Once again, the House proposal includes language to address this by adding new college and career readiness measures to the state’s World’s Best Workforce system—collecting data for students enrolled in AP, IB, PSEO, and concurrent enrollment, as well as AP and IB passage rates across student groups.

Additionally, the House proposes a measure to monitor the percentage of students on track for graduation after 9th grade. This new measure would count a student as “on track” for graduation if they received no more than one failing grade a semester in a core class—reading, math, science, or social studies. Research shows that students on-track after 9th-grade are much more likely to have good grades later in high school, graduate on time, and enroll in post-secondary education.

These proposals would give parents and educators more actionable data to better support student success and access to advanced coursework. Unfortunately, not only are these proposals not in the Senate’s bill, its bill would eliminate the World’s Best Workforce accountability system altogether for five years. This approach would undermine a system designed to prioritize equity and quality in schools by stripping communities of the opportunity to provide input to school districts on achievement gaps and end more than a decade of progress in transparency and accountability in Minnesota schools.

A Better Approach to School Discipline

Minnesota’s current approach to school discipline has resulted in disproportionate suspension and expulsion rates for students of color, Indigenous students, and those with disabilities. This year, the House took the lead on crafting a more effective and more equitable approach to discipline to improve school climate, strengthen parental involvement, and ensure that students have due process, including:

What makes up the massive gaps between the price tag of the House and Senate bills? There are numerous smaller-scale investments from the House, alongside some big-ticket efforts to address long-standing gaps between the cost of effectively serving students with how much the state actually pays out to districts. These gaps—known as “cross-subsidies”—are major issues in both special education and English Learner funding, and the House bill takes a significant step to address them, using the state surplus to make investments that would be meaningful for both student services and district financial stability across the state. Additionally, the House proposes a working group to help untangle the knot that is special education tuition reimbursement.

What was left out?

Legislative leaders in both parties passed on the opportunity to make additional investments in students and educators by not including funding for Universal School Meals, creating auto-enrollment policies for rigorous coursework, ensuring students complete the FAFSA form to help for post-secondary education, proposing solutions for retaining teachers of color and in shortage areas during layoffs, addressing the substitute teacher shortage, and providing funding for alternative teacher preparation programs. This bipartisan inaction will have consequences for student outcomes and will need to be addressed in future sessions.

Heading into the final weeks of session, the Legislature is as divided as ever, and education is no exception. While we hear legislators say that because it’s not a budget year, no education bill is required to be passed, students and families across the state are watching and waiting with significant needs. Accepting a deadlocked session isn’t an acceptable outcome when it’s kids who lose out. The time is now to call on your elected leaders to tell them that education matters to you, and that it should be a priority before they go home and shift into campaign mode.

Fighting for Our Kids: Special Education Services Need an Overhaul. But Will MN Invest?

The Time to Prioritize Literacy is Now