Blog : Legislators Need to Know What I Learned About Exclusionary Discipline 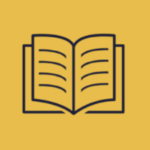 Virginia is a high school senior in Minneapolis and part of EdAllies’ inaugural EdVoices Extern cohort.

Legislators Need to Know What I Learned About Exclusionary Discipline

To learn more about discipline in Minnesota schools, I’ve had many conversations with students about whether they’ve experienced exclusionary discipline. One student’s story, in particular, got my attention because they were only in elementary school and treated unfairly.

As that student tells it: One student thought another had stolen their pencil, and she told a teacher. “They all accused me of stealing it,” the student said, thinking back on her experience. “When in reality, I didn’t steal it or take it away from her. She claimed it was me with no proof. The teacher believed her but didn’t want even to hear my story.”

The student told me she cried—not only because she was removed from the classroom for something she didn’t do, but because she was suspended. And many of her friends asked her what had happened. The student went on to say that she was removed from spaces the other student was in, despite never taking the pencil, and that she was scared of what might happen if that student got upset again. “I didn’t feel safe towards the situation—even way after it happened,” she said. “I was afraid they would always blame me for something like that again.”

Exclusionary discipline harms students, and the research says so too

Exclusionary discipline is any type of school disciplinary action that removes or excludes a student from their usual classroom, school, and/or educational setting, like suspensions and expulsions. It matters a lot in a school setting—because students of color and with disabilities are more likely to get disciplined than their white classmates. Black students, who made up about 10% of Minnesota’s school enrollment, were involved in nearly 39% of the state’s disciplinary incidents, according to a Department of Human Rights study released in 2018. In contrast, 67% of enrolled Minnesota students are white, but only 35% of all incidents involved white students. Looking into these numbers, white students are less likely to get disciplined than students of color.

That can lead not only to fear but harm.

Discrimination is harmful—and particularly to students’ health, according to a UCLA study. Experts from the university described discrimination as a “major public health concern.” The research found that racial discrimination is consistently related to poor mental health. So how difficult discipline situations are handled matters. Consideration of the consequences of what happens is essential.

This session, the Minnesota Legislature considered proposals that would remove exclusionary discipline for kindergarten through 3rd grade. These young students deserve to get all the education they can; they are still young children branching out in life. Young students in these grades will learn from good and bad experiences, so it’s important to choose their experiences carefully.

“One suspension can change the entire trajectory of a child’s life,” Rep. Ruth Richardson said in an article on the bill. “Research shows students with a disability, and students from Black and Indigenous communities face more disciplining in school, and most dismissals tend to be based on subjective reasons, like showing lack of respect instead of objective reasons like assault.”

We are all human and students who are “different” shouldn’t be picked on in our schools—by students or adults. The Legislature should do something about this problem. When it comes to exclusionary discipline, students should be punished or removed from the situation if absolutely necessary—but not for the small things. Not only could it introduce more fear to their school experience, but their lives could be put on hold because of it.

A Wrap on the 2022 Session: Nothing Happened in the Room Where it Happens