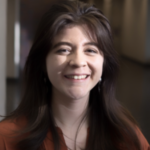 Citlaly is a Capitol Pathways intern focused on learning the inner workings of the state Capitol and lobbying process.

As Minnesota’s K-12 student population increasingly becomes more diverse, a need for ethnic studies exists more than ever before in order to support the changing needs of students. Since 2005, the population of students of color has risen over 10%, from 22% to 35%. The rapid change in student demographics in the state requires a structural shift for the Minnesotan education system.

Even prior to the education disparities brought on by the COVID-19 pandemic, Minnesota was well-known for having large—if not the largest—racial disparities between students of color and white students in the nation. According to the chilling report released by the Federal Reserve Bank of Minneapolis in 2019,  Minnesota ranked as one of the top-performing states in regards to testing, college readiness, and educational attainment if you were a white student. But, if you’re a student of color, Minnesota schools were ranked as one of the worst in the nation that same year. In fact, in 2016-2017, Minnesota’s graduation rates were ranked at the very bottom, 50th out of 50 states, for African-American and Hispanic students. With these results, it is clear that fault lies not with students of color; it lies with Minnesota’s education system as they continuously choose to fail students of color.

Minnesota’s indigenous students and students of color require investment—if equity is ever to be attained.

Minnesota’s indigenous students and students of color require investment—if equity is ever to be attained. The implementation of ethnic studies ensures that Minnesota school districts can holistically support their diversifying student population and needs.

Various studies, including one from Stanford University, demonstrate that ethnic studies courses boost “attendance and academic performance” of at-risk students and that courses boost students’ GPA by 1.4+ points. Furthermore, the interdisciplinary approach of ethnic studies enables all students to feel more connected to the material, offering more engagement, a richer understanding of communities outside of one’s own, and an ability to respond to a globalizing world.

What is Ethnic Studies?

Ethnic Studies is defined as “the critical and interdisciplinary study of race, ethnicity, and indigeneity with a focus on the experiences and perspectives of people of color within and beyond the United States.” As a discipline, it can be both integrated into all academic fields like language arts and social studies, or it can be a stand-alone study.

Ethnic Studies is unique from other disciplines, because it focuses on developing a holistic understanding of people and communities and their relationships to social, cultural, and political forces. It also examines the stratification in society, including gender, class, sexuality, and legal status. According to EdLib MN, ethnic studies fundamentally centers those who’ve been historically erased from mainstream curricula due to persistent racism, patriarchy, xenophobia, and linguistic imperialism.

It is important to note that ethnic studies goes beyond sociology, political science, language arts, and social studies because it carves out the multifaceted experiences of people over time and enriches our understanding of heritage, culture, and identities across space and time.

For me, access to ethnic studies means that I have the ability to critically understand my realities as a Mexican-American and utilize my personal experiences to influence and engage in the academic and social realities around me.

On its own, it may be a class that studies the history of race in America over time. In the field of Language Arts, ethnic studies may look like preserving languages and linguistic diversity across time. For social studies, students can examine the multiethnic coalitions of the 1960s and how the Civil Rights Movement included the Black Power movement, the Chicano Movement, the American Indian Movement, and the Asian-American Movement. Even in the STEM fields, ethnic studies curriculums can be incorporated by analyzing the ways math existed in the pre-colonial societies of Latin American and the continent of Africa in their structures of pyramids, astrological science, and architecture. Ethnic studies can be incorporated into every field and stand as its own, enabling all students to develop a fuller and critical understanding of life, society, and history.

For me, access to ethnic studies means that I have the ability to critically understand my realities as a Mexican-American and utilize my personal experiences to influence and engage in the academic and social realities around me. It means learning about the scientific excellence of precolonial Latin America, the political development of Mexican-Americans in the United States, and the cultural impact of Mexicans in Minnesota. It means that I have the agency and ability to learn about my history and the varying experiences of my peers in the classroom, not in spite of it. It means that I would be able to exist in a classroom space as my full authentic self without ignoring any aspect of my identity.

How to Support Ethnic Studies

If Minnesota is serious about closing our insidious opportunity gap, among many things, ethnic studies must be implemented in its curriculum and as a class requirement for all schools in the state now. The academic benefits of ethnic studies are great, including enriching all students’ experiences in school and critically equipping them to accurately examine the state’s history, geography, diverse inhabitants, government, and economics, as it analyzes them individually and collectively. It will also provide a new initiative for the state that has guaranteed effects to improve graduation rates, attendance, engagement, and more.

You can support the current movement for ethnic studies in Minnesota by:

Don’t Forget About Us: Students are Still Missing Essential Resources for Learning