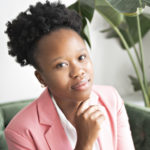 Big Policies Pass in Special Session, But Much Work Remains

Last week, legislators came back for a one-week special session with a renewed call to address racial equity. Leaders brought back a number of education proposals that weren’t able to cross the finish line during the regular session. Most of these proposals still stalled, but one critical bill passed with unanimous support in the Senate and only a few “nays” in the House. The bill (HF33) was an education bill that goes beyond COVID-19 aid to address long-term issues in our public education system, including a ban on suspensions for our 3- and 4-year-olds.

Before the Senate adjourned, the Legislature was able to pass HF33—a small education omnibus bill. Most notably, the bill eliminates suspensions for 3- and 4-year-olds, only allowing expulsions under rare circumstances after other disciplinary interventions have been exhausted. With our youngest learners over three times more likely to be dismissed than K-12 students and a disproportionate number of students of color and Native American students, this law will help keep toddlers from entering the school-to-prison pipeline. This is a huge first step toward making needed changes to unfair and discriminatory school discipline practices, but much more needs to be done in the coming years.

The education bill also includes some other noteworthy policies linked to the overall health and wellbeing of students like addressing vaping and creating a plan to dispose of prescription drugs. Our partners at Decoding Dyslexia were able to move a significant provision across the finish line as well.  This provision requires more transparency around dyslexia screenings, mandating districts report the number of students screened and exhibiting characteristics of dyslexia.

Work Left on the Table

Legislators introduced a number of other important education proposals during special session that they failed to pass and will need to come back with renewed urgency next session.

Nearly 17% of Minnesota students—mostly from low-income and rural communities—did not have access to reliable internet when COVID-19 hit. The House and Senate introduced bills (HF35/SF6) to invest in internet access for students. Although there was overwhelming bipartisan support and both chambers passed some iteration for more funding to close the digital divide, no bill was able to make it to the Governor’s desk.

Minnesota students still need access to the internet to engage in distance learning as it extends into the summer and possibly next school year. Given the urgency and high stakes, legislators, if given the opportunity, should reconsider this investment in the near future.

Teachers of color improve outcomes for all students, especially students of color. Today, teachers of color make up just 5% of the teacher workforce, and Minnesota needs to invest in strategies to increase teacher diversity. The Senate reintroduced a bill (SF149) that would expand eligibility for the state’s Collaborative Urban and Greater Minnesota Educators of Color grant, allowing successful alternative teacher preparation programs to apply. This bill would allow alternative programs, many of which have a strong track record on recruiting and retaining teachers of color, to have access to the same resources as our other state-approved teacher preparation programs. The House and Senate introduced other bills borrowing from legislation proposed by the Teachers of Color and American Indian Teachers Coalition that addressed other barriers teachers of color face like student-teacher pay, tuition, and mentorship. Beyond their introduction, these bills garnered little attention during special session and should be a top priority next year.

Beyond regulating early learning dismissals, significant work needs to be done to address unfair discipline practices in K-12 throughout the state. Minnesota has some of the largest disparities in the nation in suspensions and expulsions between students of color and white students. A House bill (HF36) sought to address many dismissal practices, holding schools accountable for unnecessary dismissals, bringing families into the process, and creating more transparency to stop situations where school pushout is done but never recorded. The Legislature failed to pass the bill, but the language is a great starting point for next year.

The House and the Senate reintroduced language requiring schools to provide meals to students in a respectful manner and keep all communication about school lunch debt between school staff and a student’s parent or guardian (HF18/SF132). While the House heard the bill in committee, neither body passed the bill. We hope for a compromise between the House and Senate next year to finally ban lunch shaming practices in Minnesota schools.

During special session, legislators responded to the call to make targeted improvements for our youngest learners and students who might have dyslexia, but many other important issues were left unresolved. The fight for education justice continues.

To learn more about what happened at the Capitol this year, and what we’re expecting next year, join us for our 2020 Session Recap Webinar on Wednesday, July 8 at 12pm. And in the meantime, please join us in thanking legislators for taking critical first steps on student discipline!

Minnesota Needs More Pathways Into the Classroom, But Concerns with PELSB Process Persist