Blog : But Can They Read? Why We Should Care About Student Test Scores 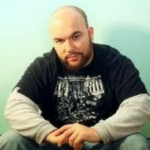 But Can They Read? Why We Should Care About Student Test Scores

I care about my students’ test scores.

That sentiment is a bit taboo nowadays, especially in “progressive” and “liberal” circles, where I run. But it’s the truth: I care about how my students do on standardized tests. I believe we all should. Instead of criticizing test results or encouraging students to opt out, I believe we should focus on actually teaching students the skills they need to be successful, on and beyond the test.

For my first five years in the classroom, standardized tests weren’t even considered. My employing schools used a loophole to exempt students from taking the MCA and the ACT was never even discussed. “Our students don’t need that,” they claimed.

At first, I didn’t mind because I saw our students’ brilliance every day and I thought standardized tests were problematic anyway. But I also saw that college was never really an option for our students; maybe one or two would take remedial courses at MCTC, but for the most part, the high school diploma and the low-wage, low-skill job it afforded these brilliant young people was the end of the road (I hoped they would organize to change that reality, and I often used my classroom as a space to encourage that).

As a result, not much was expected of me as a teacher. If students showed up, they earned credit. I hoped I exposed them to new ideas and helped them become better thinkers, but they for sure weren’t becoming better readers or writers. I’ll never forget the feeling of seeing students realize they had to give up on their dream because “you got to go to college for that.”

I left those schools, where expectations—for both students and educators—were low. I was committed to doing more. I started at a college-prep school not because I thought college was the only worthy path, but because I just couldn’t tell young people they actually didn’t have the option to go to college.

At my new school, I was expected to grow students’ skills. It felt good. We worked hard, and made tremendous progress. We told students they were being prepared for college, and we believed it. But then graduates went off to college only to drop out or come back and report that they were struggling.

I realized then that, actually, test scores matter. Despite our hard work, many of our students simply did not have the literacy skills they needed to access texts nor articulate their analysis of those texts in writing—the very skills that tests, even if imperfectly, are designed to measure.

We had told many of these students that they were ready, that they were “good” students. We told their parents the same. They took out loans based off those assurances. But the students weren’t ready, their scores told us so, and they and their families are paying for it. Literally.

This was our fault. Not the fault of the test results we had been ignoring along the way. As educators, we simply did not put in the work or set up the systems necessary for our students to be solid readers and writers.

I struggled, and still struggle, with this messy reality. On one hand, I know standardized tests are not meant to serve the communities I come from and work with. At best, they are too simple a metric to be relied on as heavily as they are.

Instead of confronting this reality, I have seen too many of my colleagues blame the shortcomings of standardized testing for their own failure in the classroom. Too many educators blame the tests for how their own racism and classism manifest via low expectations and disengaging lessons.

I also know that the opt-out “movement” is largely led by two groups: the first, middle class and upper middle class mediocre white folks who feel entitled to college and scholarships but don’t got the numbers to justify it. The second, institutions and individuals looking to capitalize off the college bubble. They want to accept more students, collect their tuition, mainly via loans, and get rich. They don’t care if the students are ready or not.

I care if my students are ready. That’s why I care about their test scores, and why I think you should, too.