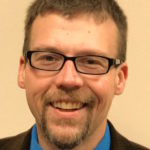 “He who rejects change is the architect of decay. The only human institution which rejects progress is the cemetery,” quipped former British Prime Minister Harold Wilson. Until recently, I would have had an addition to the list of human institutions that inherently reject change: teacher preparation. But thanks to a bipartisan effort to support and invest in alternative teacher preparation, Minnesota is poised to embrace a significant, much-needed change in how we train new educators, maintaining high standards and developing new pathways into the classroom.

In my role as the Career & Technical Education Coordinator at Lakes Country Service Cooperative, I have tried utilizing a little-known piece of Minnesota statute on teacher preparation, passed in 2011, to develop an alternative program in my region. With growing teacher shortages, we desperately need innovative onramps into the classroom for individuals for whom traditional routes are inaccessible. Because the alternative teacher preparation law clearly established that Minnesota can approve alternative programs, I was confident that the process of gaining approval would be fair and straightforward.

Unfortunately, I was wrong. Despite the Legislature’s intentions in passing this law, an unwritten rule has created barriers in implementation, and made it impossible for me—or anyone else—to gain approval of an alternative teacher preparation program.

This unwritten rule is simply to maintain the status quo at all costs. And, when it comes to teacher preparation, this has meant rejecting the changes that the alternative teacher preparation law was designed to usher in and instead continuing to funnel all aspiring educators into programs at institutions of higher education (IHE).

Under the alternative teacher preparation law, non-IHEs have had the opportunity to obtain approval from the Board of Teaching to provide teacher licensure programs. But, due to several barriers, it has been impossible for any non-IHEs to successfully navigate the approval process.

Newsflash: The examples IHEs point to are internal partnerships between a traditional and “nonconventional” program, both housed within the IHE. These are not alternative teacher preparation programs, like those allowed under the alternative teacher prep law. IHEs implying that these partnerships are proof of their compliance with statute and their willingness to innovate is misleading and irresponsible.

Of course, there is a place for IHEs in preparing our state’s educators, and the partnerships between traditional and nonconventional programs IHEs celebrate might work well for many students. But these programs are simply not enough. To close teacher shortages, increase educator diversity, and ultimately help Minnesota students excel, we have to reject the status quo of teacher preparation. We have to stop expecting all aspiring educators to enroll in IHEs for their training, a practice which shuts out potentially exceptional educators for whom, because of cost, schedule, location, or a variety of other factors, traditional programs are simply not an option.

It’s clear that, as written and implemented, the alternative teacher prep law was not doing enough to break the grip of the status quo. Thankfully, this session, legislators worked across the aisle to advance a solution, which Gov. Dayton signed into law last week. This bipartisan effort:

I applaud our legislative leadership’s courage in advancing these two changes, both of which reject the status quo and embrace new approaches to teacher preparation.

Change is difficult, but every human institution must embrace it from time to time. To reject progress and change, particularly as it relates to educating our students, is irresponsible and perpetuates Minnesota’s persistent opportunity and achievement gaps. It’s time to break the unwritten rules. Time to push back. Time to realize that teaching quality exists outside of the purchase of college or university credit, and to allow, and encourage, new onramps into the classroom.

An Unprecedented End of Session: What We Know (and What We Don’t)